Diversity at the top of AEX companies is still poor

How is the (gender) diversity at the top of AEX companies?

Supervisory Board/ Board of Directors

The Supervisory Boards/ Boards of Directors of these companies are most diverse. We count 198 members, of whom 71 (36%) are women. The size of the boards varies between four and twelve members. Most boards are two-tier. In one-tier boards we included all the members, executive and non-executive.

Most (20) of the 25 companies have a small executive board or management board, with 2-4 members. CEO and CFO are always included. Only 10% of the members of these boards are female.

The executive committee is a wider group of senior management, with up to 14 members. The executive boards are included in the executive committee. In this group we found overall 19% females, varying between 0% (eight companies)and 56%. Wolters Kluwer has the highest percentage (also the only company with a female CEO).
Note: there are probably organisations on the list that have something like an executive committee, but do not communicate about this on their website.

The leadership of the companies in the AEX

Have a look at the pictures below. The top of the companies is still heavily dominated by white men in blue and grey suits, most of them with a tie. 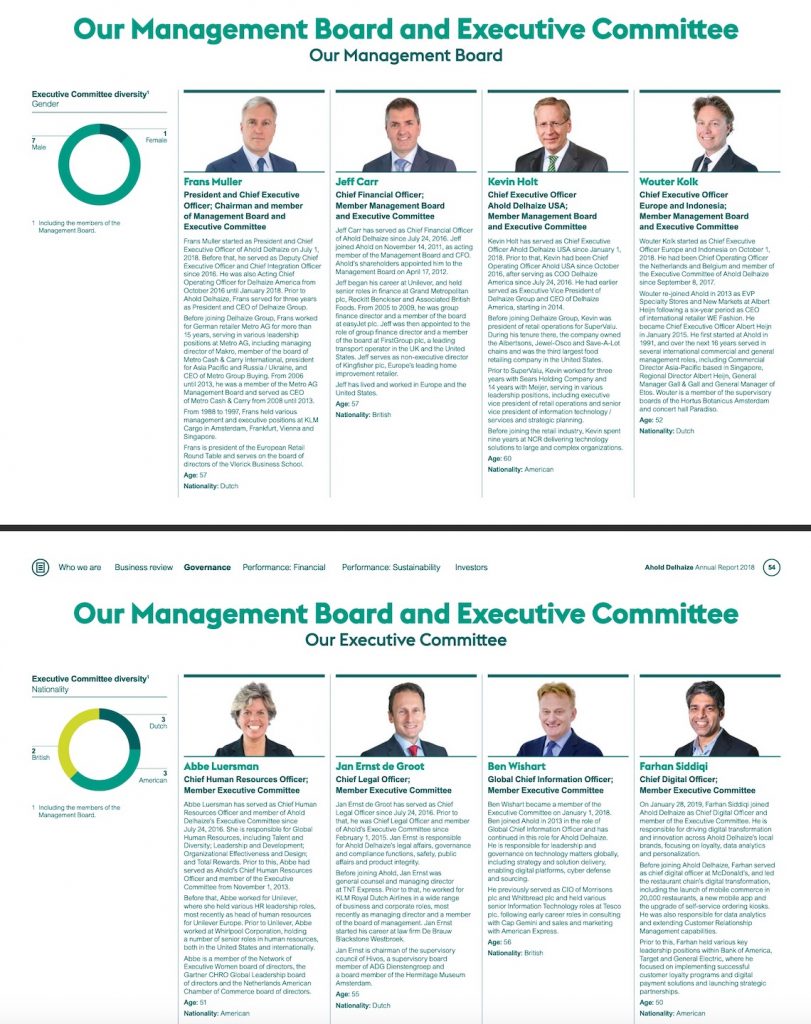 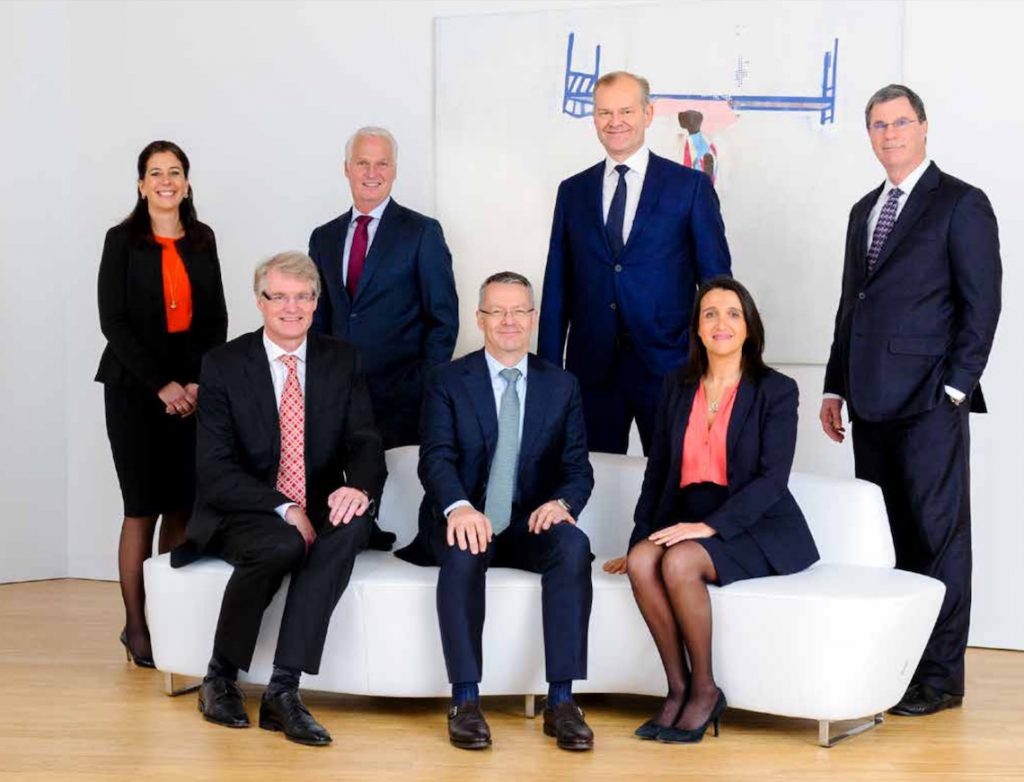 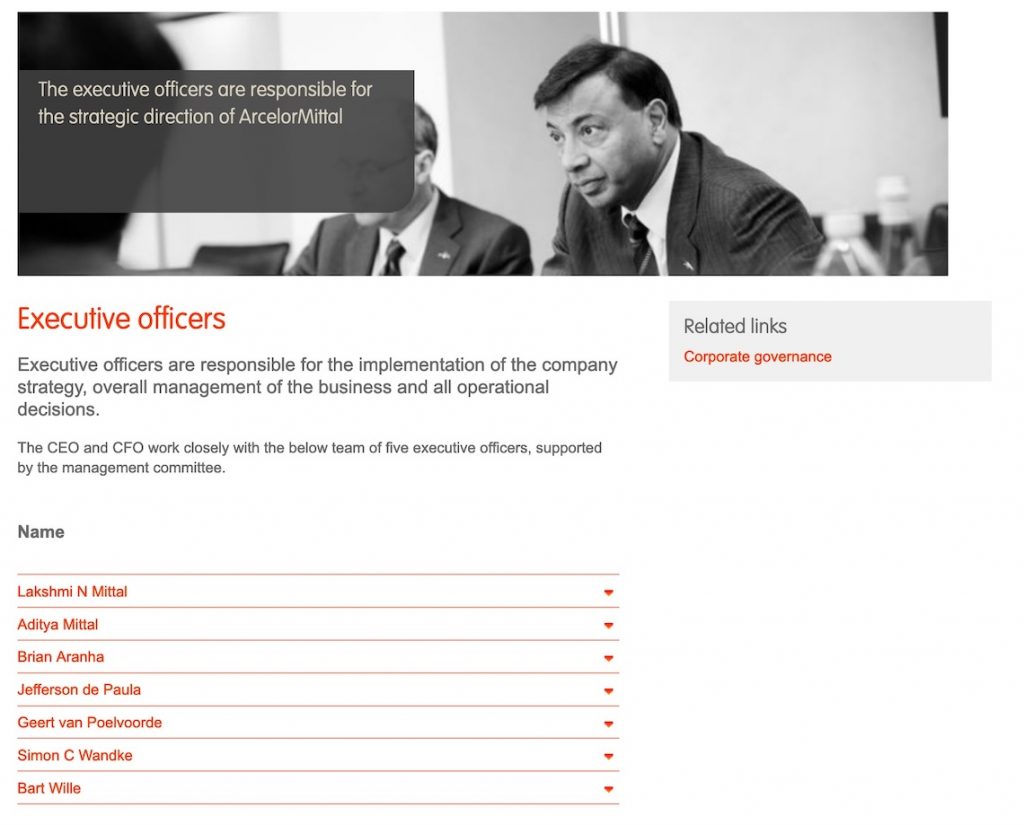 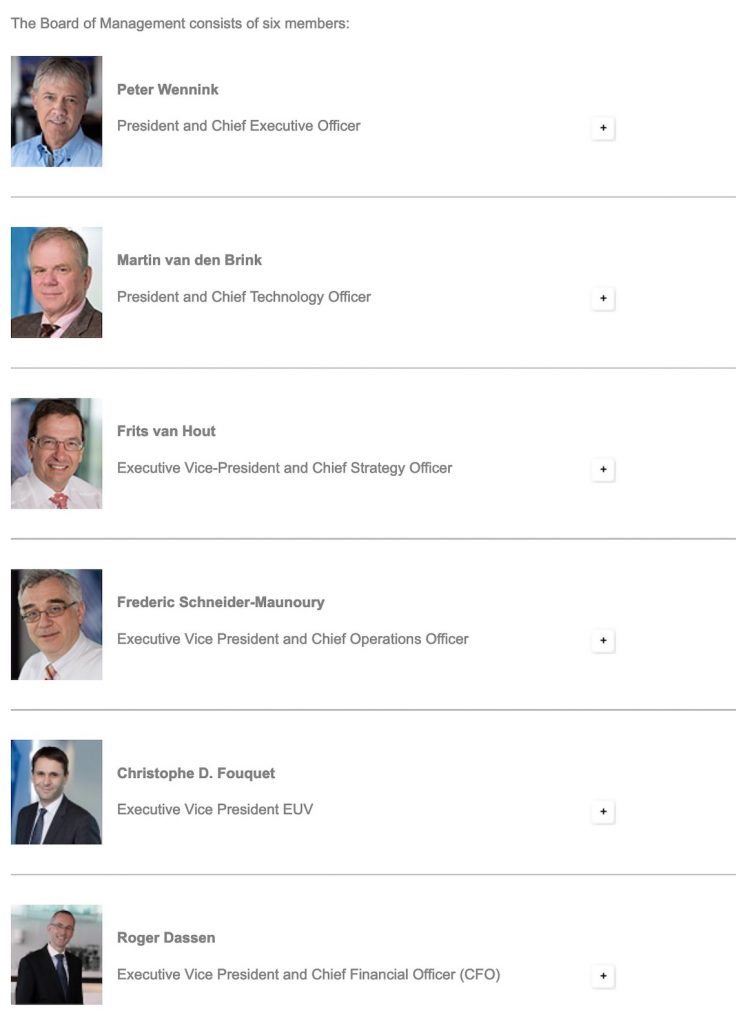 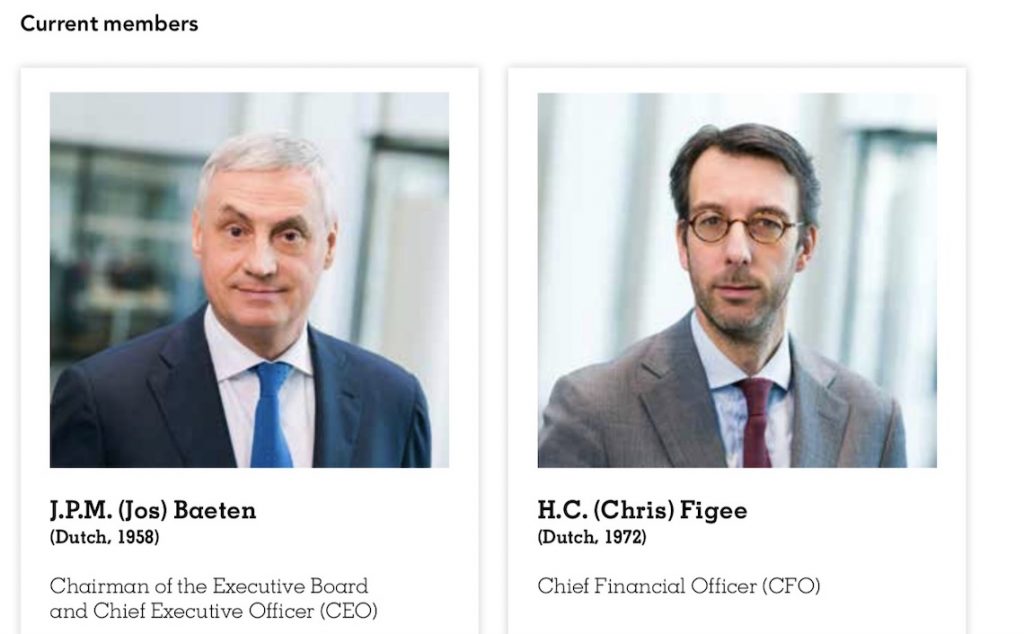 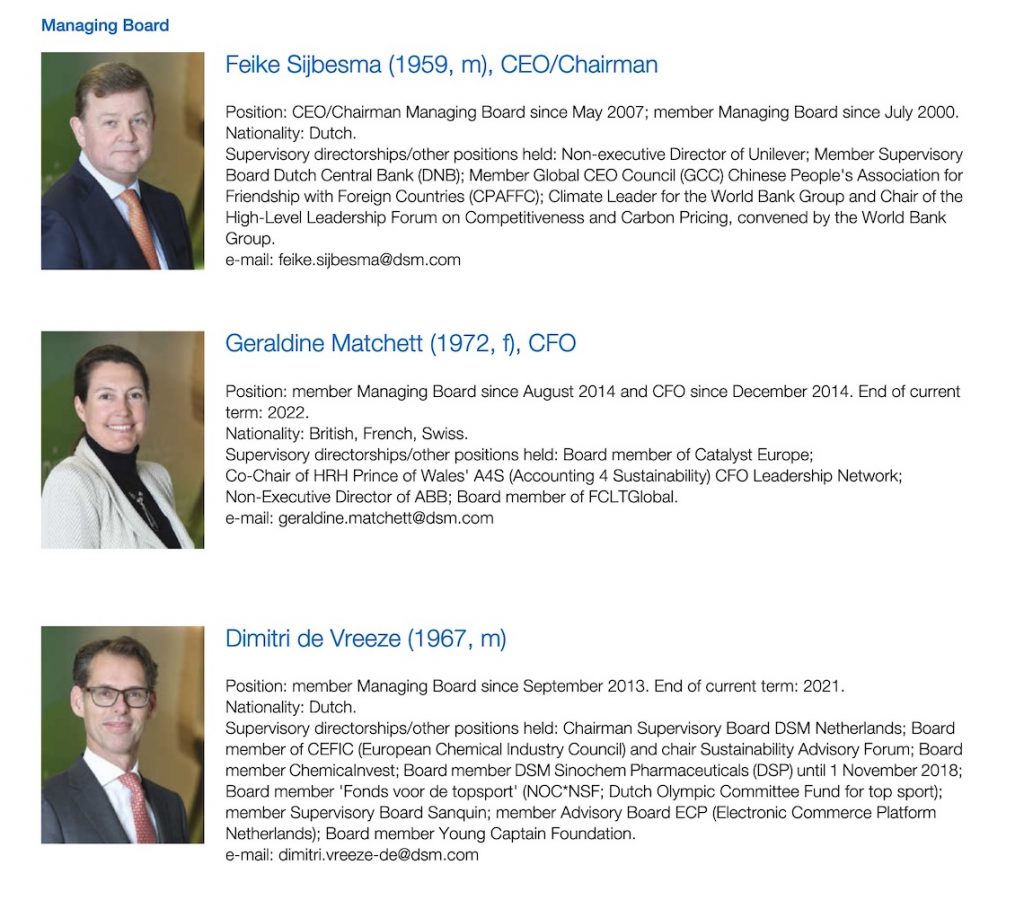 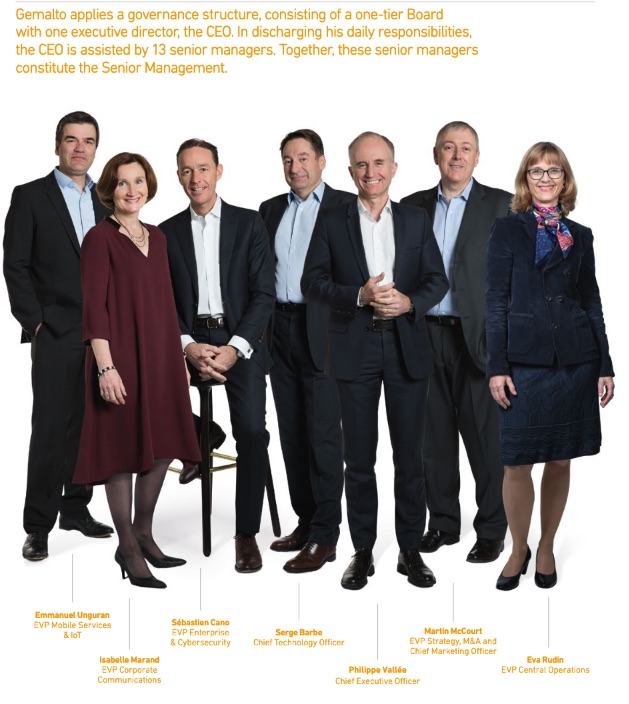 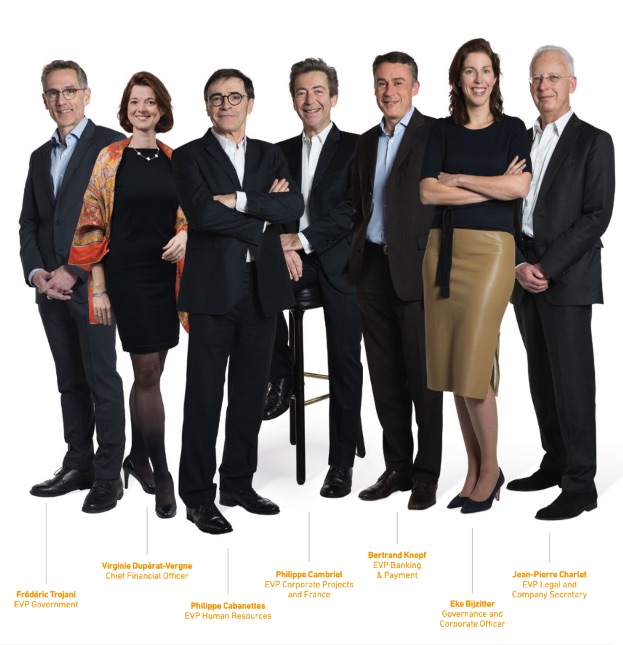 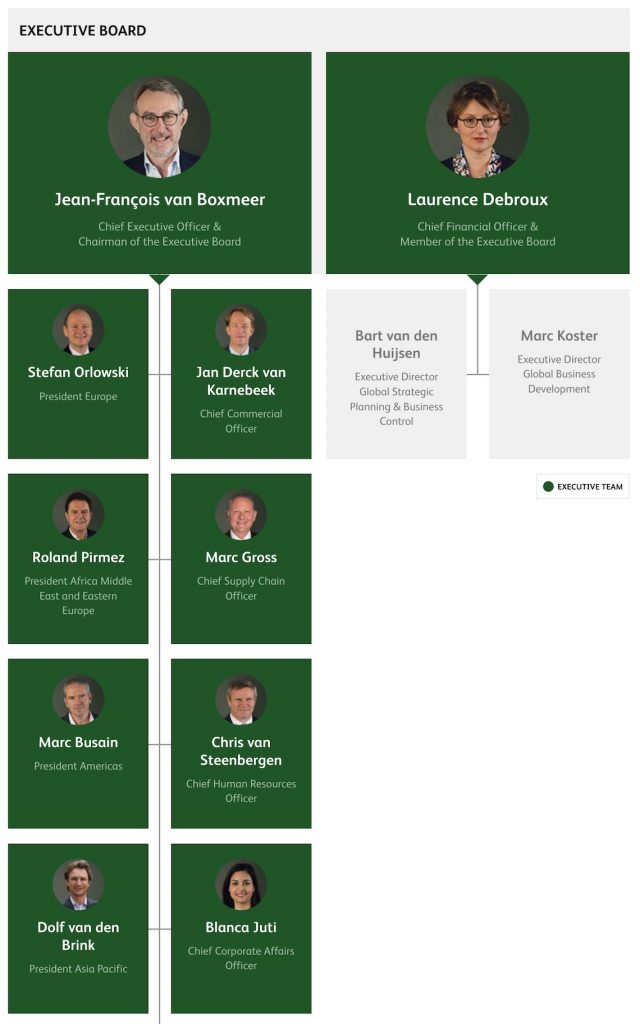 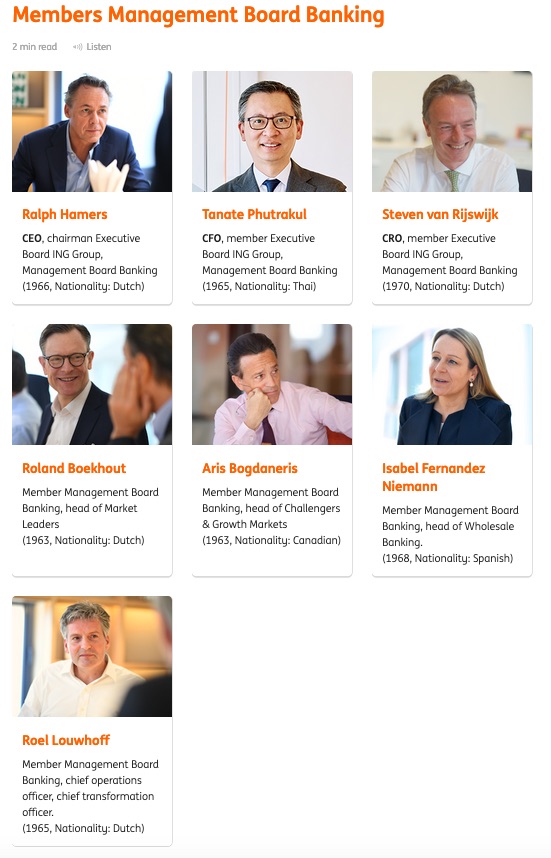 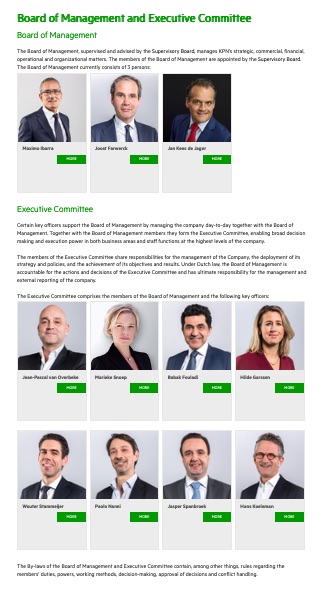 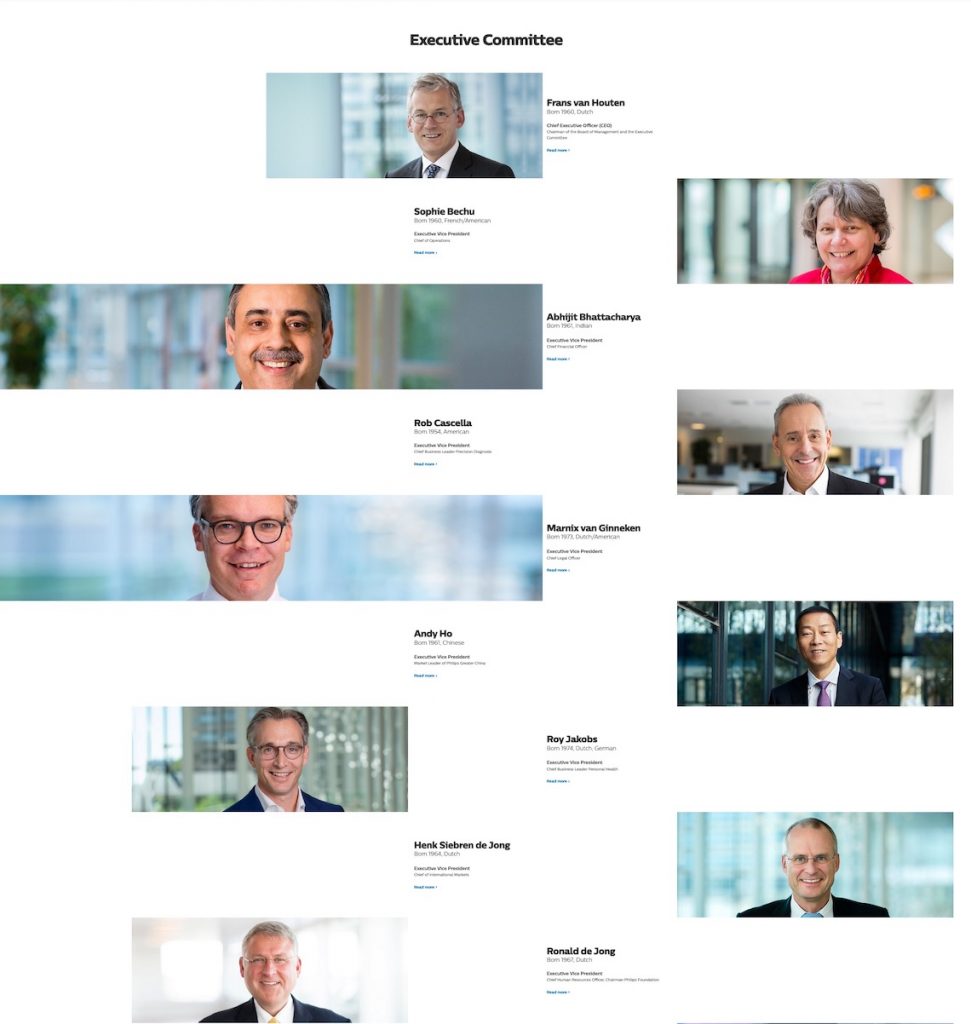 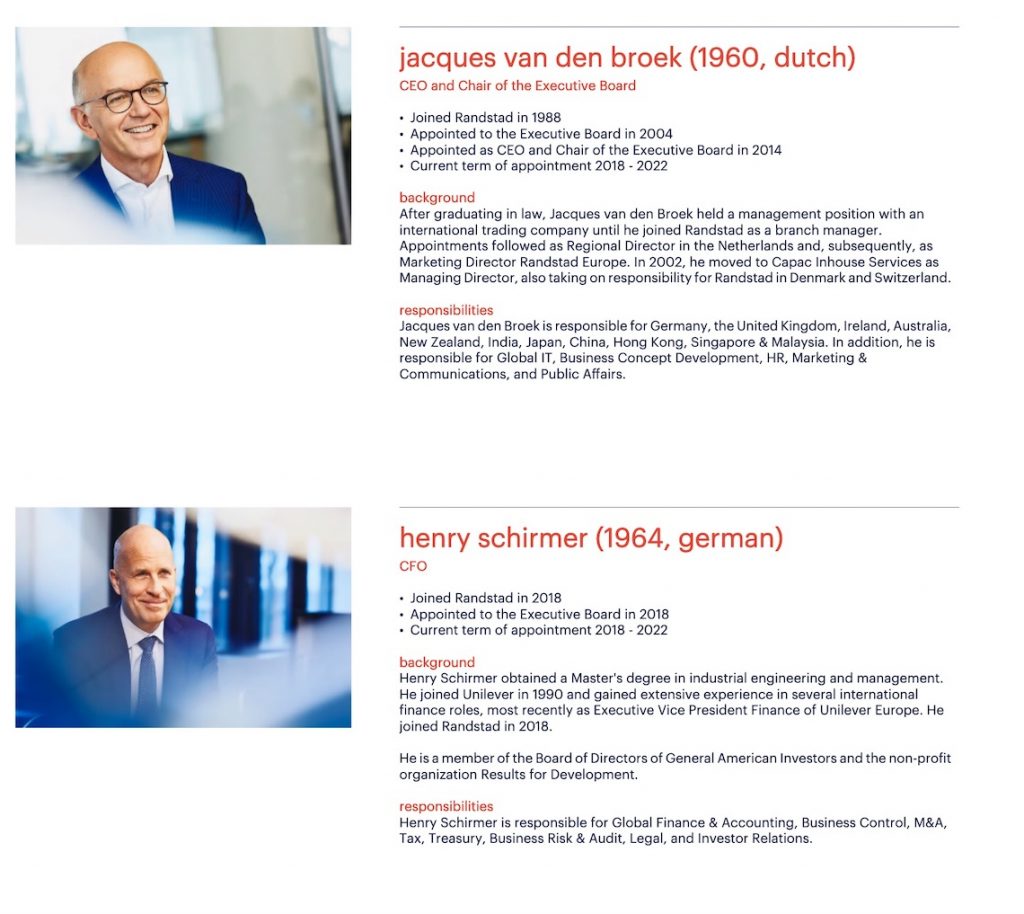 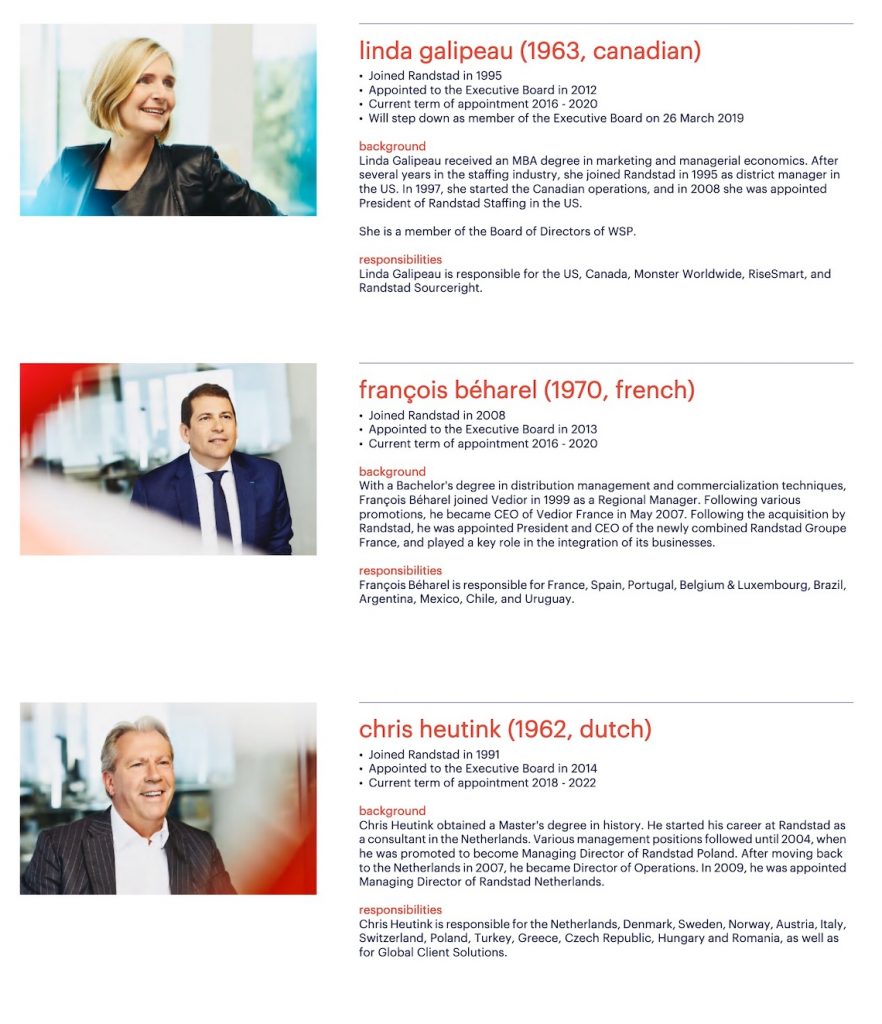 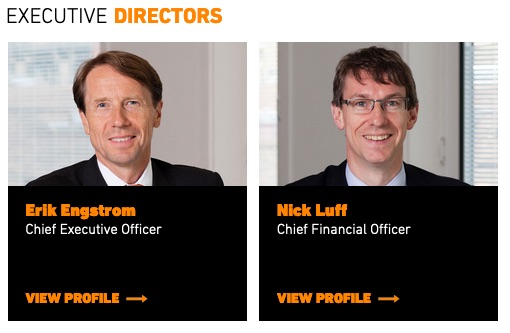 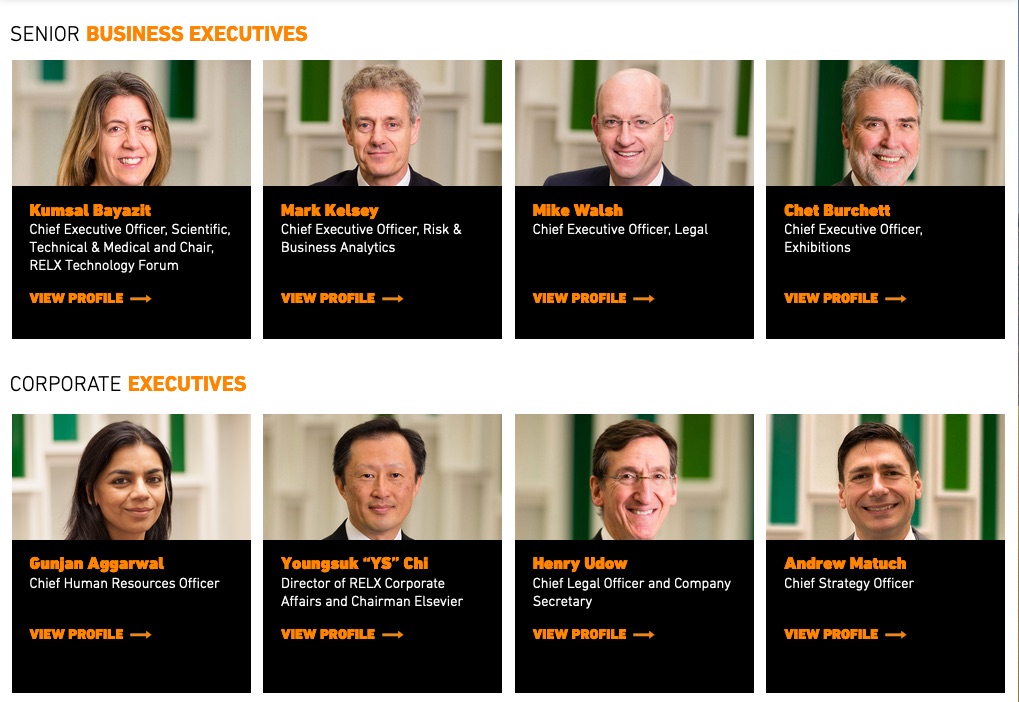 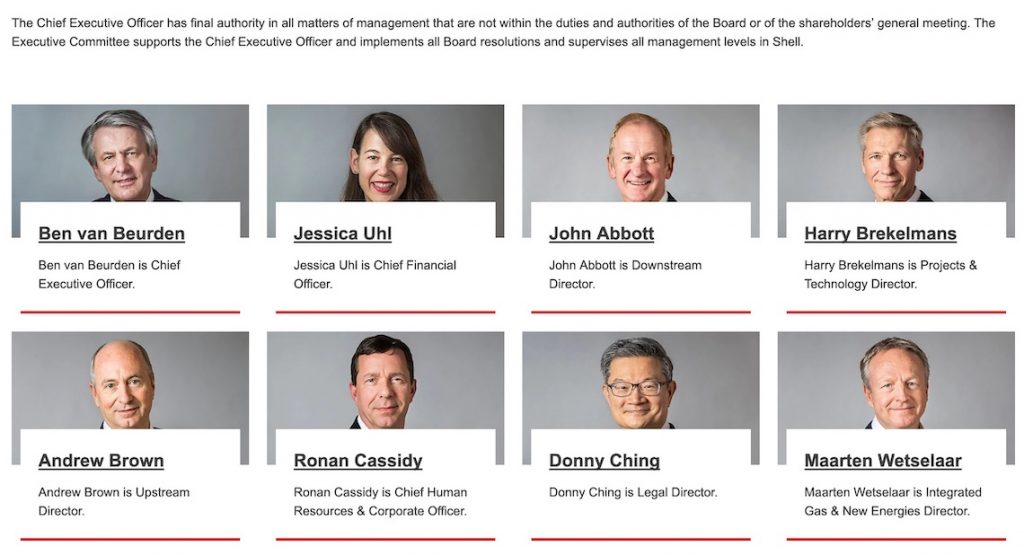 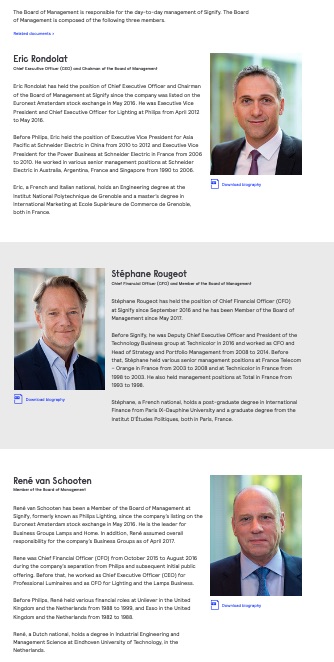 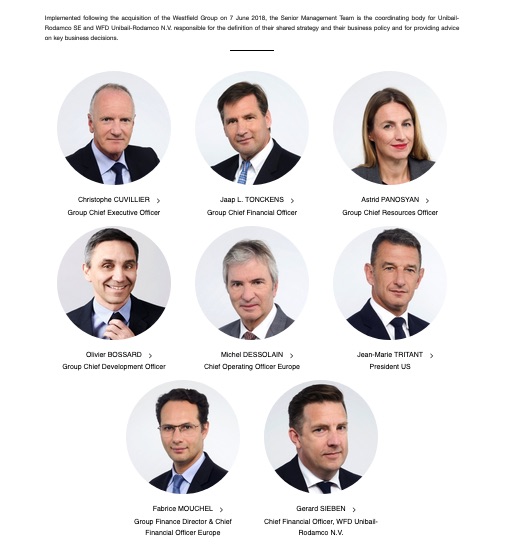 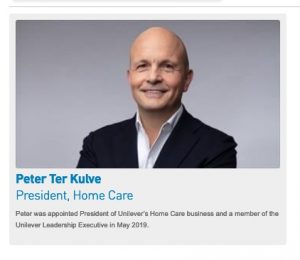 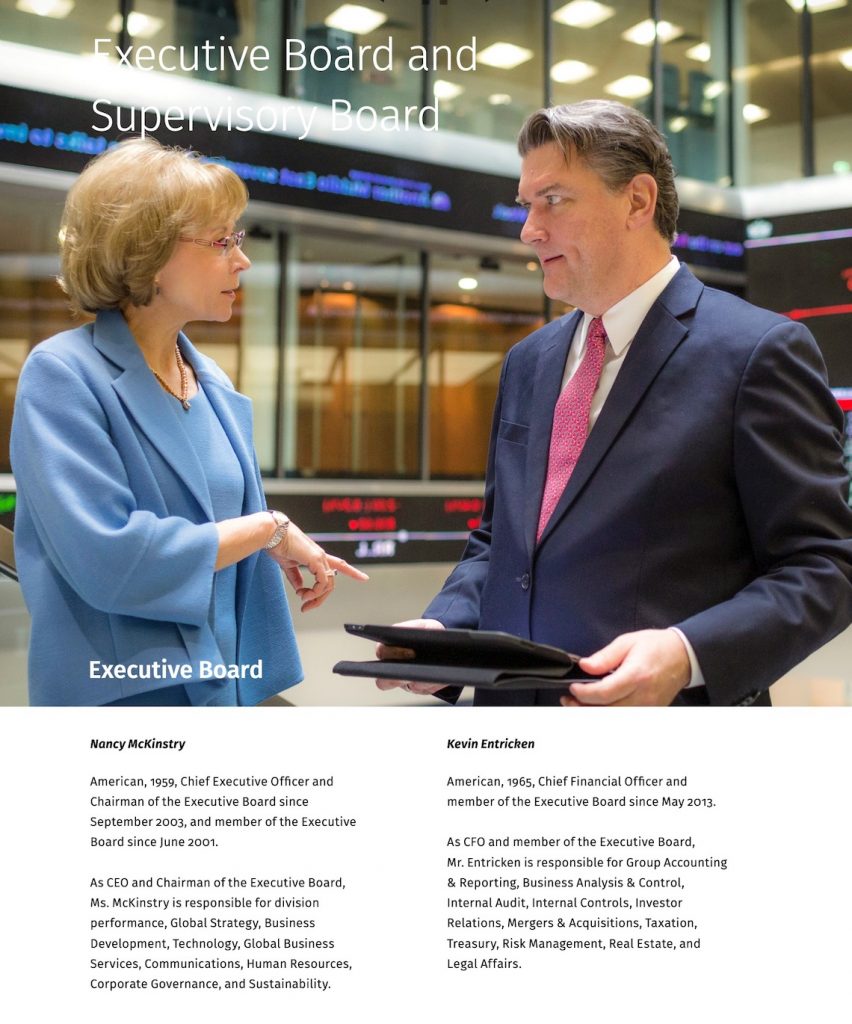 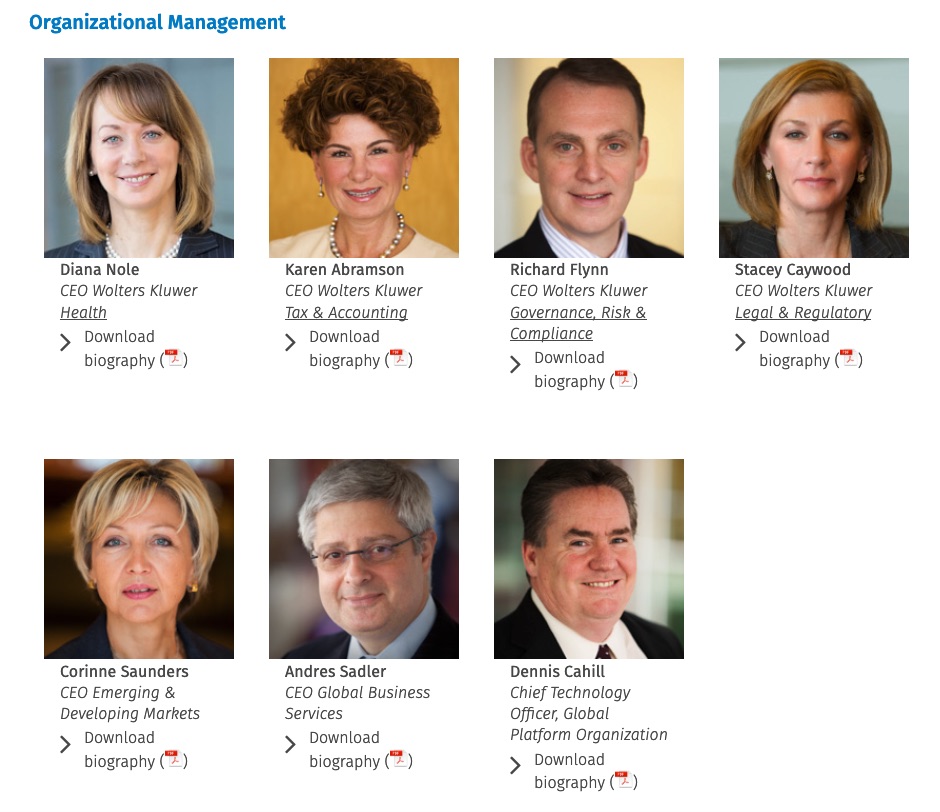 If you see any mistakes: please let us know, then we will adapt.